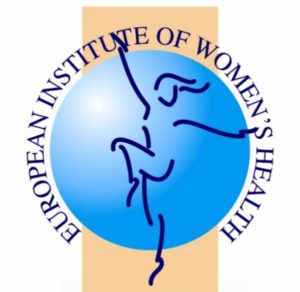 18 November 2016—Many common infections are becoming difficult or even impossible to treat as bacteria change and become resistant to the infections that they are meant to combat. Antimicrobial resistance can turn a simple infection into a life-threatening condition. This growing resistance to many antibiotics is a public health threat that has been steadily increasing over recent decades. From 2000 to 2010, the global antibiotic consumption increased by nearly 40%. Twenty-five thousand people in the EU die each year from antibiotic-resistant bacterial infection, resulting in €1.5 billion in healthcare costs and lost productivity annually. If the current trend continues, 300 million people globally will die prematurely from antimicrobial drug resistance over the next thirty-five years.

In celebration of the ninth European Antibiotics Awareness Day, the ECDC and European Commission have organised an EU event, entitled “The future is now,” to highlight how resistance to antibiotics is affects our lives and what can be done to combat resistance, including European action. The EIWH has been invited to the event in order to share our views and highlight our contributions to tackle the growing antibiotic resistance. Hildrun Sundseth, President of the Board of the EIWH, represented the Institute at the event, highlighting the important role that women play as research, healthcare providers, patients, mothers, caregivers and policymakers in combating antibiotic resistance and the importance of handling antibiotics with care in Europe.

The EIWH actively works to create awareness that antibiotics are a precious resource people in the EU should work to preserve. Citizens, healthcare professionals, hospitals, veterinarians and farmers all have a role to play in fighting antimicrobial resistance. Healthcare workers play a key role in ensuring the safe use of antibiotics and implementing good infection control practices, such as hand hygiene.

Women as the traditional family caregivers also can help to promote the prudent use of antibiotics in the family environment. There is a need for clear and accessible information through sustained health literacy campaigns to ensure that the general public becomes more aware of the risks of the over-consumption of antibiotics and the associated dangers.

The European Institute of Women’s Health (EIWH) commends the passage of global action plan to tackle the growing problem of resistance to antibiotics and other antimicrobial medicines at the Sixty-eighth World Health Assembly in May 2015. The EIWH actively supports one of the key goals of the plan, prudent use of antibiotics through communication, education and training. The Institute applauds the EU for taking action, including the ECDC surveillance measures, the Council recommendation of 15 November 2001 on the prudent use of antimicrobial agents in human medicine (2002/77/EC) and the European Commission’s Action plan against the rising threats from Antimicrobial Resistance (COM (2011) 748). Future steps are urgently needed to combat recent alarming trends.

With the growing issues of antimicrobial resistance, the EIWH calls on its members and key stakeholders throughout Europe continue working to raise awareness of antibiotic resistance, to stop the spread of antibiotic resistance and to develop new treatments for infectious disease. The Institute asks you to join the European and global 24-hour global Twitter conversation at #EAAD2016 and #AntibioticsResistance to help ensure that antibiotic use is effective now and in the future.

This site uses Akismet to reduce spam. Learn how your comment data is processed.

This website uses cookies to improve your experience while you navigate through the website. Out of these, the cookies that are categorized as necessary are stored on your browser as they are essential for the working of basic functionalities of the website. We also use third-party cookies that help us analyze and understand how you use this website. These cookies will be stored in your browser only with your consent. You also have the option to opt-out of these cookies. But opting out of some of these cookies may affect your browsing experience.
Necessary Always Enabled
Necessary cookies are absolutely essential for the website to function properly. This category only includes cookies that ensures basic functionalities and security features of the website. These cookies do not store any personal information.
Non-necessary
Any cookies that may not be particularly necessary for the website to function and is used specifically to collect user personal data via analytics, ads, other embedded contents are termed as non-necessary cookies. It is mandatory to procure user consent prior to running these cookies on your website.
SAVE & ACCEPT
Loading Comments...